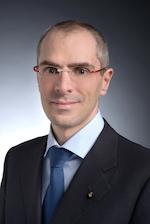 I am an engineer in telecommunications and I work for Galvolux S.A. in Bioggio (Switzerland) as CIO.

From 2009 up to 2012 I was head R&D at Organize Systems in Taverne (Switzerland) where I have developed security and encoding systems.

From 2008 up to 2009 I was a senior consultant at SiNet informatica in Legnano (Italy), where I was working on networks, security, database and complex systems.

From 2005 up to 2007 I was the director of data processing of the municipality of Varese (Italy).

From 2002 up to 2005 I was Network and Help desk manager at the municipality of Varese (Italy).

From 1996 up to 2004 I have been a freelancer for the PcProfessionale journal.